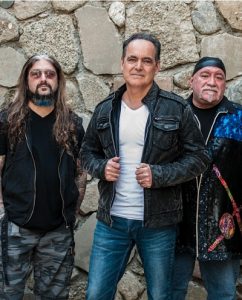 Randy George kommentiert: “Baker Street is one of the songs that is instantly recognizable. When I first mentioned the idea of doing Baker Street, Neal said that it was funny because he and Mike had just been discussing that one as well.”

Neal Morse fügt hinzu: “To be honest I was never that big of a fan of this song. It’s one that Mike really wanted to do as I recall. But as we dove into it and I began singing it, I really felt it. Lyrics about thinking that it’s going to be really easy to succeed and then hitting walls and becoming disillusioned are very relatable to me. I found myself really digging into it and taking a kind of “The Who” approach to the song really works well!”